The deepest part of me still truly and absolutely love you. How is that even possible? Lately, I’ve come to the realization that I know nothing about love. Well, I probably know something, but it’s nothing compared to what others know about it: a father working day in and out to provide for his family, a wife sacrificing herself and everything she is for her husband, a single parent juggling school and work in hopes of a better future for the children.

I don’t even know how love feels apart from the way it felt with you. I promised myself many months ago that I will no longer write about you, that my words will stop being about you. Yet, the moment I made that promise words stopped coming to me. It had begun as an eerie silence in my head. My thoughts were no longer of you. Yes, it was a welcome change, one that I’ve been craving for, but it also came with an emptiness.

It was 5:45 this morning when I woke up with a start from a dream of you. And as it has always been whenever that happens, I woke up at my happiest. The kind of happiness you can almost feel in every cell of your body, the kind that gives you a sense of peace, the kind that somehow gives you meaning. God, if I could stay in that wonderful 10-second happiness, I would. No questions asked. But then… stinking, gut-wrenching, face-slapping reality sets in.

It was then that I realized that beautiful dreams can become nightmares. Some people believe that dreams have meanings. I’m skeptical about that. If dreams do have meanings, maybe mine means I’m crazy and delusional. Haha! I don’t know.

Welp. Stop this pseudo-writing that you do. This is ranting and procrastinating. Back to work. Happy Sunday, self. Go get a life later. 🙂

“Why do you love sunsets so much?” my brother asked me a few days ago.

I sat there unable to answer a perfectly acceptable question. It wasn’t that I didn’t have an answer or that I didn’t know the reason for my, in his words, “obsession” about sunsets. The truth was, I could not put into words what sunsets mean to me. Well, of course, I could. Just not in the words he’d somehow understand, and especially not in the words my mother, who was present at that time, would even begin to understand.

Sunsets, to me, are a constant reminder that, as cliche as it sounds, life is beautiful. I feel constantly lost in this world, unable to find my meaning, and I feel that somehow my existence is a cosmic anomaly. Sunsets take all those feelings away. Sunsets make me grateful. Grateful that, however insignificant I feel, I get to witness every day one of nature’s epic displays. And, as the sun touches the horizon, as the sky bursts into different magnificent hues of orange, I remember once again that life is worth living, I ought to give it a shot. To a thousand more sunsets!

Let me just start this off by saying that the past week has been A LOT!!! I was neck-deep with stress. It was unexpected, the kind you want and hate at the same time. And it was truly, truly worth it. So worth it that no matter how everything turns out, I’d still look back at it with a smile.

So a few months back, I enrolled to study the Japanese language and finally the dreaded Japanese Language Proficiency Test has come and it was time to head Davao City where the exam will be held. My classmates and I, along with our Sensei, hopped on a van to drive for hours to Davao City. But instead of staying in Davao City, we opted to drive further to Tagum City to stay and visit at our Sensei’s place.

Tagum is a city and the capital of Davao del Norte. It is about two hours away from Davao City itself, give or take. For some crazy reason, I pictured Tagum to be a “small” city. But then again, I have wonky, unreliable imaginations, so forgive me. 😀

The looming horror of the much awaited and equally dreaded exam did not stop us from going out for a sight-seeing with the very little time we had. Mesmerized and intrigued. That’s how I felt the entire time I was there. I don’t know whether it was because of the breezy, cloudy afternoon (a welcome balm from the heat in CDO), the fact that I was in the company of great friends, or it was purely Tagum’s charm.

One of the stops we made was to their city hall, a magnificent thing of beauty. It was wide and spacious, exuding a sense of power and might with its grandeur. I especially loved the long stretch of paved road, lined with towering palm trees that led to the city hall. Definitely Instagram-worthy. And if I hadn’t been afraid of getting hit by a vehicle and embarrassing myself in the process, I would’ve asked for my photo be taken there.

The other place we visited was Energy Park. A huge area with lots of trees, perfect for afternoons with family, friends hanging out, and couples on a date. The park also rents out bicycles which one could use to ride around the park. You could walk around, of course, but it’s twice the fun when you’re on a bike, riding around pretending like you’re a worry-free eight-year-old again.

Tagum is also home to the world’s largest holy rosary, which we didn’t have a chance to see as apparently the place only opens on Sundays and we were there on a Saturday. Bummer. But hey, next time maybe? 😀 Anyway, it was getting dark and was just about time for dinner so we headed to The Palm City Food Park. I’m not a fan of food parks mostly because I’m a very indecisive person and I get dizzy trying to decide what I want to eat. I loved it there though! It was indoors so the occasional unexpected rains are a non-issue, yet it was also open air so it still that outdoor vibe, which was terrific. Its ambiance was cozy and very welcoming. And hey, they had these light-up chairs which were pretty cool. 😉

Overall, the whole trip was fun and memorable. The only sad part about it was we had to cancel the side trip we planned to Samal Island as we had to be in Cebu shortly after the JLPT exam. I loved Tagum and how spacious it seemed and I felt like I was so near the skies there. I will cherish the time I got to spend with classmates turned friends. Also, the van moments were simply one of the best. On the way back, somebody suddenly started singing with a portable microphone karaoke-style. Hey, you can’t help but sing along. Of course, I’d also never forget my first-time ever taking an exam without a word of English in the test itself and the headache I had after and during the test. 😀

The couple days prior to the trip were somewhat insane and it was as if the universe wanted me to move heaven and hell to make this happen. And so by the time I got on that van, I was just like, “Whatever, let’s get this over with.” Surprisingly, I had fun. Really had fun. I guess it was just nice to get away for a teeny, tiny second. To discover and learn about a new place, to laugh as if you’re beyond all your worries. To realize that some things are not there anymore, in a good way. Very good way. 🙂 So all in all, I’d say it was an unexpectedly wonderful trip. That is why I’ve decided to no longer stress about this. (Well, I won’t stress about it for as long as I can. Knowing myself, I will stress about it. Eventually. But I’ll save that for another day). So pass or fail, life is great. 😀 I’m leaving it all up to a higher power.

Feeling stressed out? Go pet a dog. Overwhelmed? Hug a dog. Whatever it is, a dog can make it better. So last Tuesday, I went to a dog cafe with a friend to pet and hug as many dogs as I can. I’ve seen and heard about dog cafes from the YouTubers I watch and thankfully there’s one in our city.

It’s called the CGY Dog Cuddle Cafe here in Cagayan de Oro. For just 70 pesos, you can play with their dogs for an hour. Good deal, right? Totally!!! Since we went on a weekday, we were the only ones there so we had the dogs all to ourselves. No competition. 🙂

And, of course, because it’s a cafe, you can order food. I ordered a grilled cheese sandwich, which I wasn’t too crazy about but hey, I went there for the dogs so I guess it’s okay. Oh, if your order sums to at least 200 pesos, you get to spend an additional half hour there.

If you’re a Kagay-anon by any chance, you should absolutely visit them. They’re located in Kauswagan. You could also check out their page here. But wherever you may be, you should totally make some time for dogs, whether in a cafe or not. Anyway, too much blabbering, here’s a dose of cuteness for this crazy world to see.

I think the staff said they had about 30 dogs there. But because I’m not a very good photographer (haha!) and I only used my phone, it was a bit difficult to get decent photos of all of them. With them running around and all. 😀 Some dogs were in their kennels when we went though, I think it was their quiet time.

Overall, I’d give the cafe an 8 out of 10. It could use some improvements here and there but I think it’s really great that the owners, whoever they are, put up something like that. It was a nice place to de-stress and, you know, let a dog’s unconditional love, even for a stranger, heal you. That’s it. Bye!!!

I’m the kind of girl who prefers planned things, so I very rarely do something out of the moment.

Last Sunday, about a week ago, K and and I went on a random morning hike. Well, more like a walkathon. The plan was only to go visit our dead relatives in the cemetery, but somehow we ended up X kilometers away from civilization. And being almost devoid of any sense of direction, I started getting pissed because it started feeling toooo far away.

You know that feeling where you still have a long, long way to go but it’s equally as far to go back? The sun was already so high up, I could feel it pricking my skin. I was wearing the wrong shoes so it was a nightmare stepping on rocks. But it felt good!

The view of the sky and mountains were amazing though my phone camera would never do justice to it. It was a pleasant change of scenery compared to the malls and buildings we’re used to.

Officially promising myself to do more of this at the right time of the day and with proper shoes. 🙂 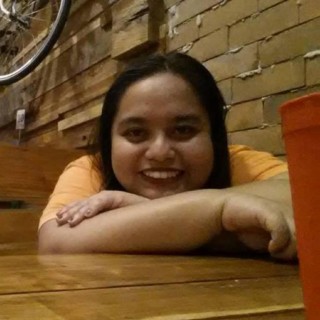 A girl trying to make sense of everything through words